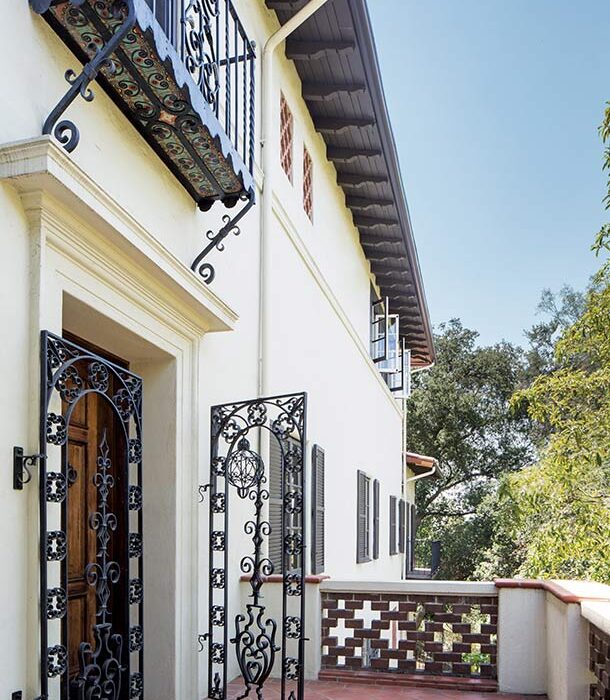 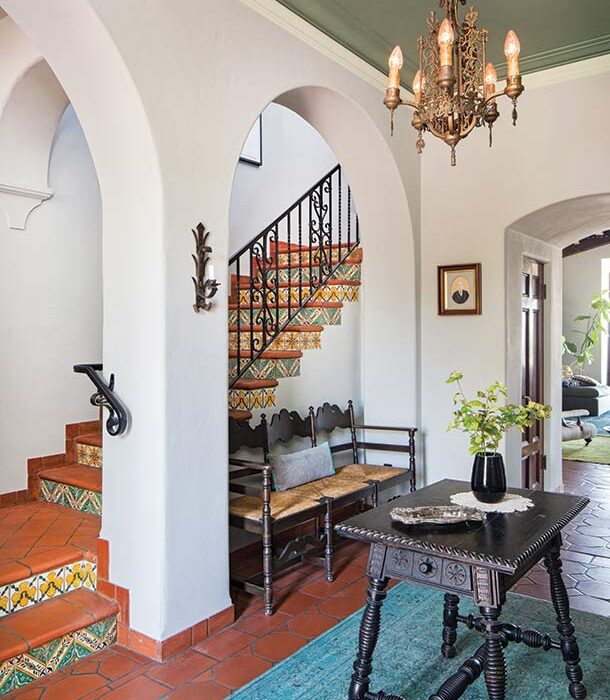 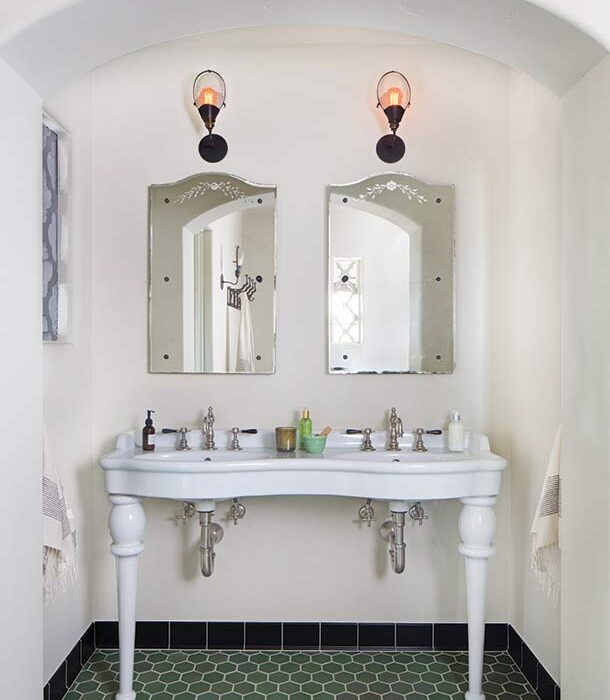 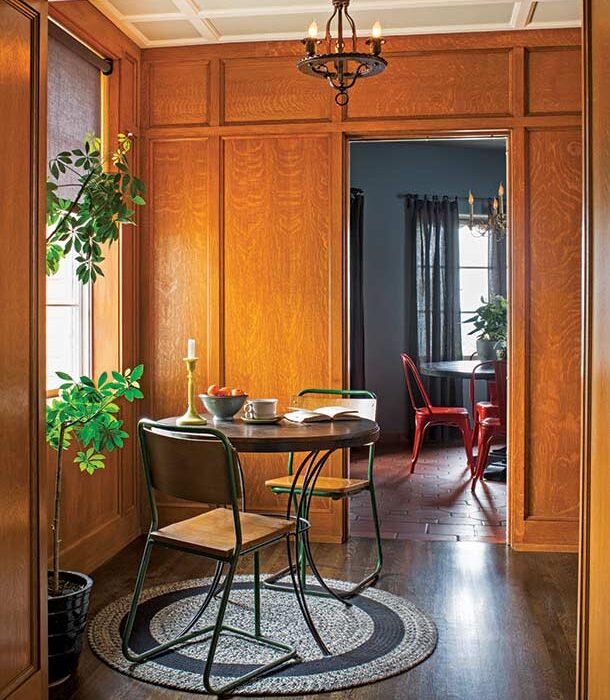 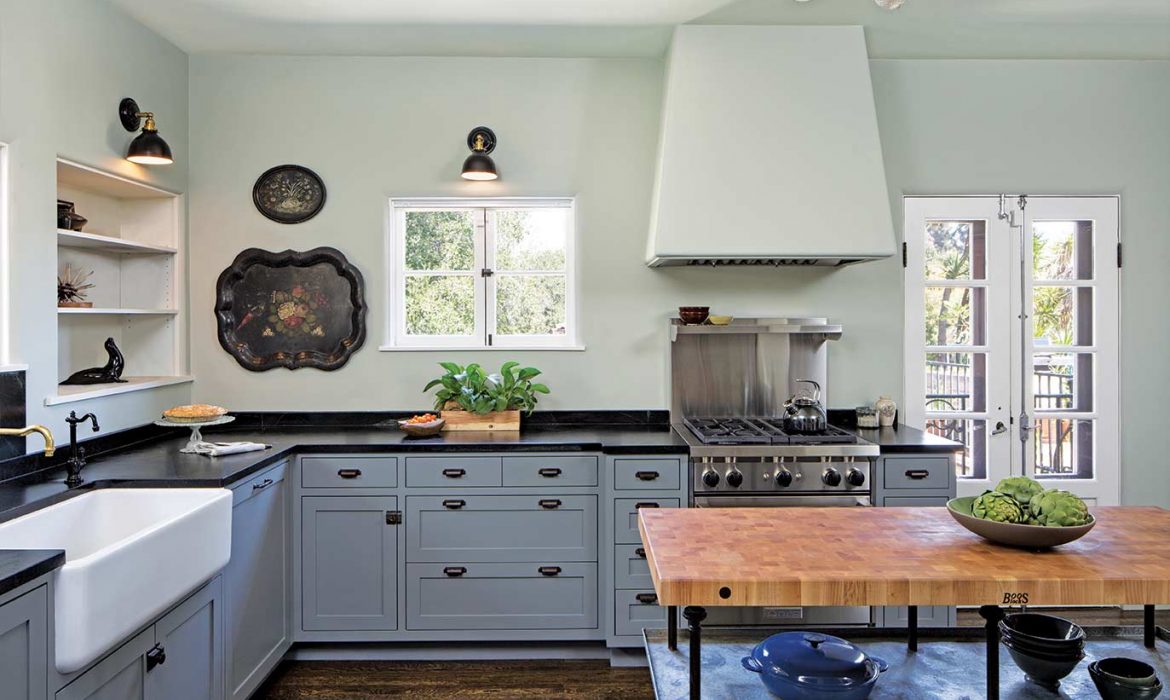 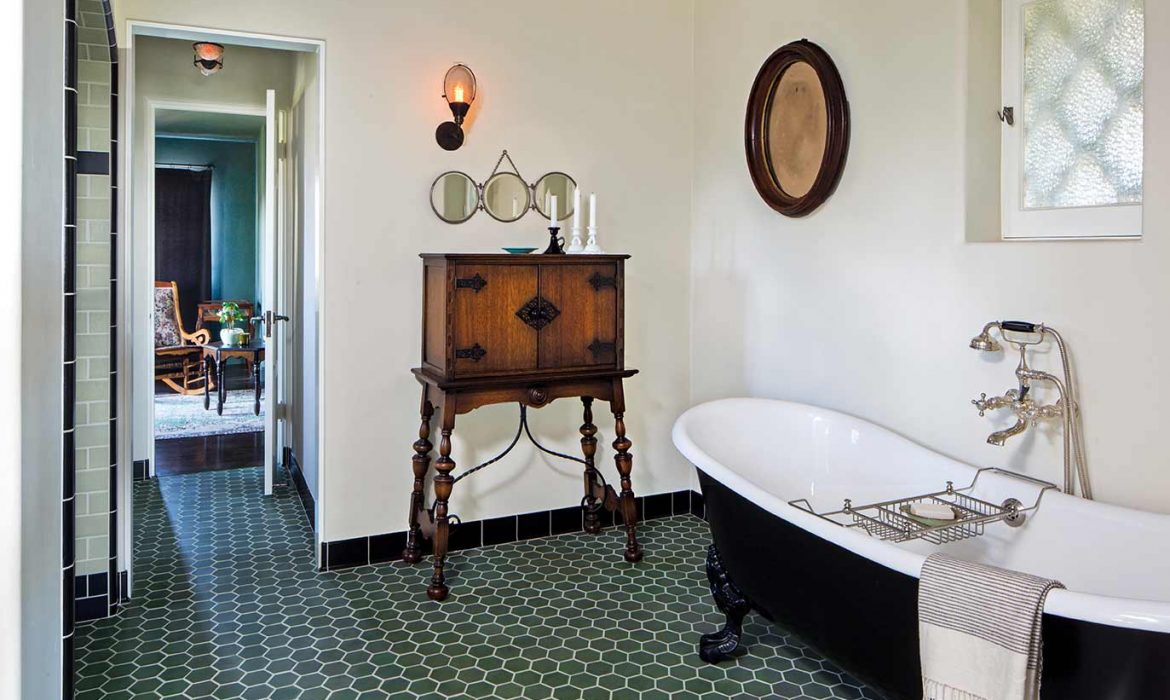 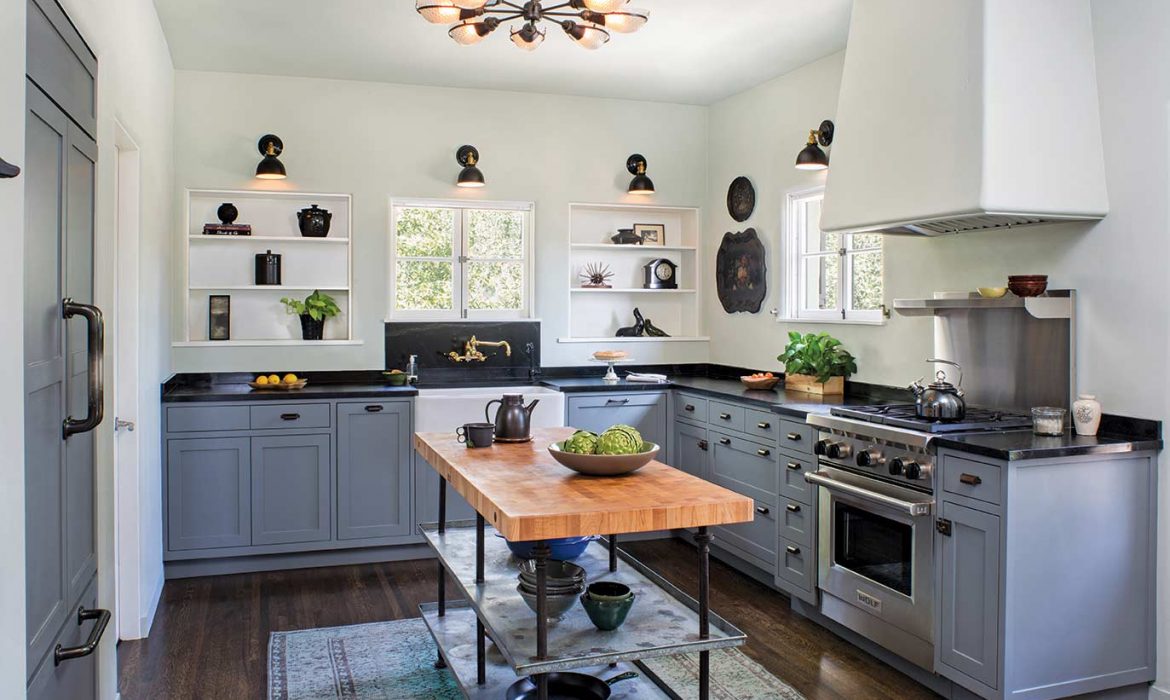 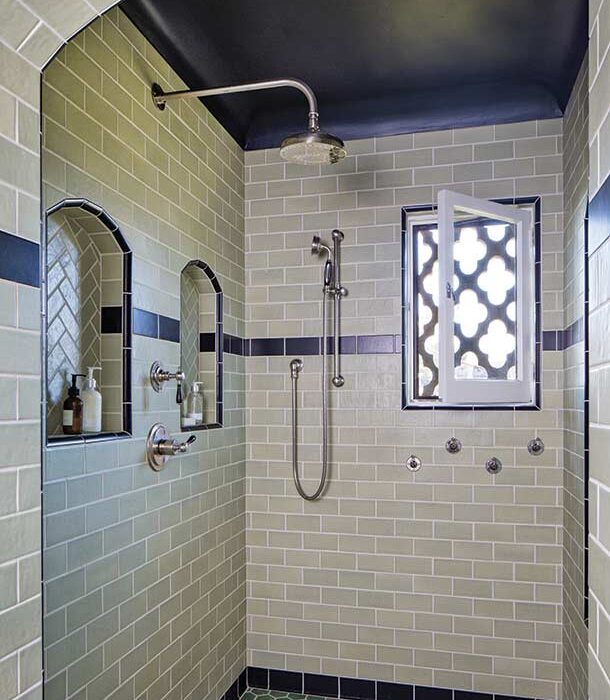 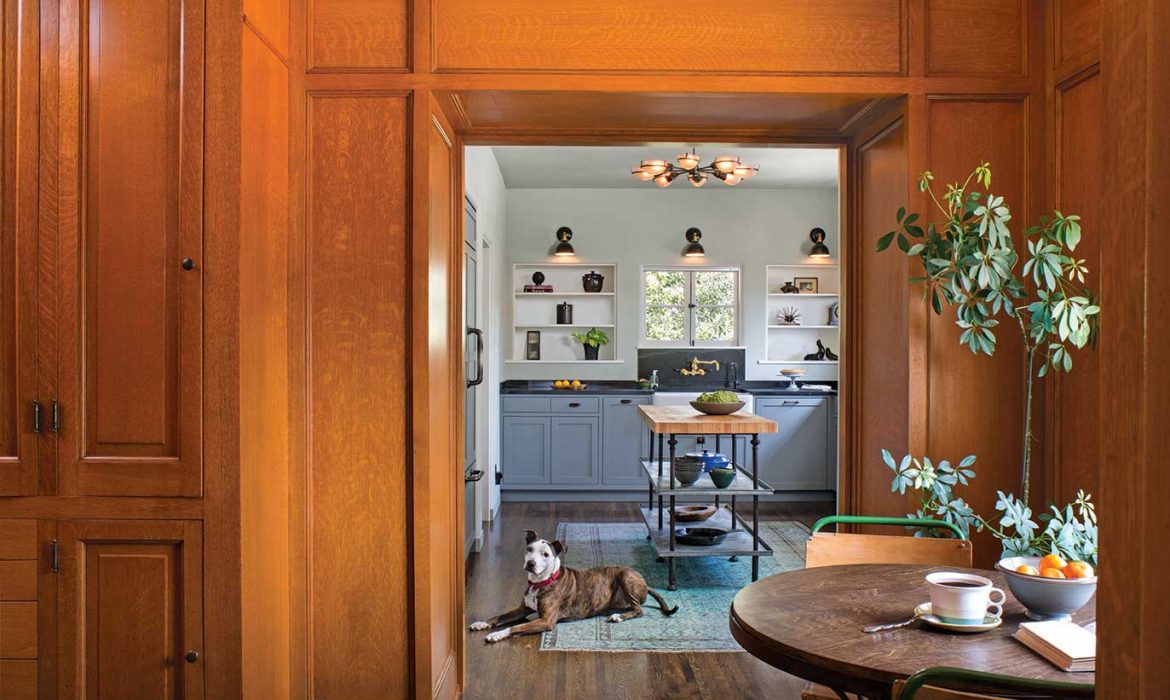 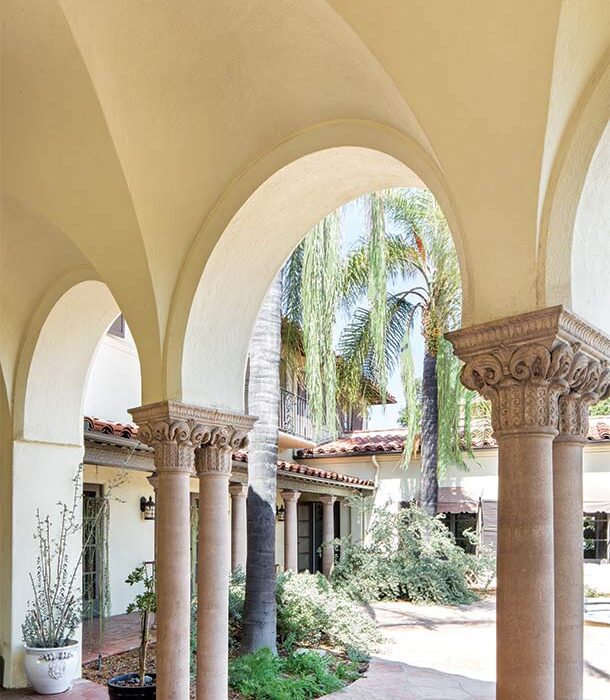 The Robles Residence was originally designed by local architect John Lester Armour for his mother as part of a compound for his locally prominent family. The estate features details typical of Mediterranean and Italian Renaissance influenced buildings, but the home’s irregular plan and asymmetrical facade point to its Spanish Revival influences. Characteristic of the Mediterranean style architecture, on the South side of the home is an outdoor living space consisting of a loggia with vaulted ceilings and built-in seating, and walkway with arched openings supported by classical columns.